My friend Tony and I went to the Blue Note last night to see Chick Corea’s trio for a program called “Further Explorations of Bill Evans.” Chick got together Eddie Gomez and Paul Motian, two guys who had played with Bill Evans, but never together. Paul was in Bill’s first great trio with Scott LaFaro and Eddie joined Bill Evans later on after Paul was no longer in the trio. Chick Corea says he has a great affinity and respect for Bill Evans (what jazz pianist doesn’t?) so got this trio together for some shows at the Blue Note (and beyond, perhaps?). Chick also said he got his hands on some never-before-played-out-or-recorded Bill Evans compositions from Bill’s son Evan (yes, Evan Evans) and wanted to play some of those for the first time.

As a bonus, and really, the impetus of going to the show, I won tickets via Twitter. I just re-tweeted the contest entry and was randomly chosen to win the tickets by Chick’s production company. Tony, who had tried four times previous, was jealous that I won with one try. So I took him to the show.

Chick Corea is awesome. I’ve been a fan for a long time. I particularly like his work with Miles Davis in the late-60s and early-70s as well as the avant stuff he did with Anthony Braxton, Dave Holland, and Barry Altschul in Circle. The cleverly named, Arc, is a trio of the aforementioned without Braxton and is also supergreat. His early records on Blue Note are also great. Tony recently introduced me to Return To Forever, which is his foray into “fusion” and has some really great stuff going, particularly the original ECM record. Chick loses me in the late-70s and 80s (and 90s and 2000s, I guess, too) and I find that stuff less interesting and a bit more cheesy. But, needless to say, I was really excited to see Chick and this band play not only because I’d never seen Chick or Eddie Gomez perform live.

The show was amazing! They started off with a free improvisation that lead neatly into Waltz For Debby. I wouldn’t be able to report the rest of setlist except for “Reflections” if it wasn’t posted on Chick’s website. So, after Waltz For Debby, they played Rhapsody, Diane, Reflections, Laurie, and My Ship. 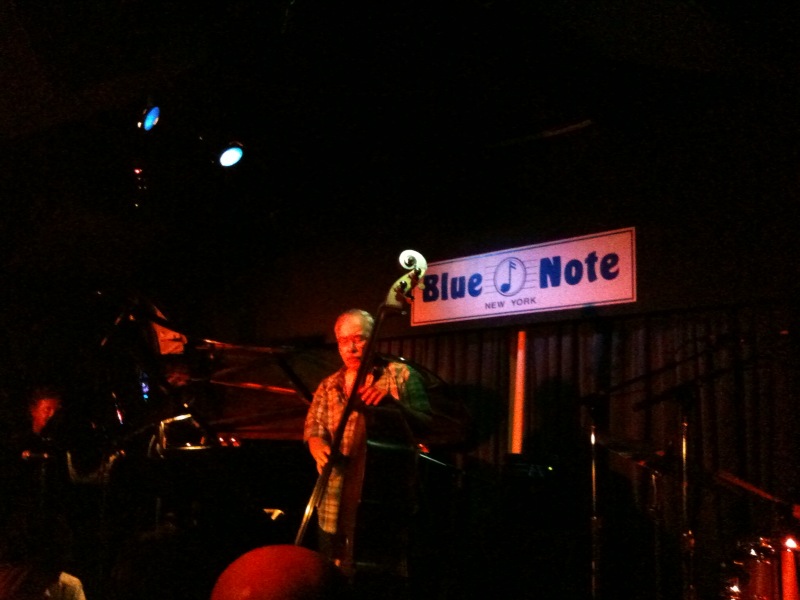 my one crappy iPhone photo of the show

All the songs were played wonderfully and there were segue-ways between most, creating a continuous stream of trio music. They paused before Reflections and maybe after it as well when Chick joked about the magical moment we were all about to experience. I had no idea he was a funny guy, but he is.

What I love about Chick’s playing is that you can always tell it’s him. Even in different styles, slow or fast, you could close your eyes and know that it’s him playing. And that playing is good, too! At times, he even reached into the piano to pluck the strings to great effect.

Eddie Gomez was amazing! He can play as fast as I’ve ever seen someone play the bass. He and Chick really had something going on. They complimented each other very well and seemed to finish one another’s thoughts. It turns out they have played together before, which I learned thanks to this awesome jazz discography site. Paul and Chick haven’t played together before, apparently. Now, I love Paul Motian. I love love love the Paul Motian trio with Bill Frisell and Joe Lovano and have seen them many times at the Village Vanguard. Paul is a great drummer with a unique style. But, I have to say, I don’t think he was the best drummer for this trio. His “painting with the drumsticks” style and loose rhythm wasn’t a great fit for the other two players, in my opinion. Who might be better today in 2010? Tough question. I thought of Joey Baron but I’m not sure he’s perfect either. Maybe Jack DeJohnette (who has also played with Bill Evans). Don’t get me wrong, Paul was great. Just not a perfect fit.

After the show, we got to chat with Chick and get our picture taken. Tony said it looks like we got to meet the president…of Bolivia! 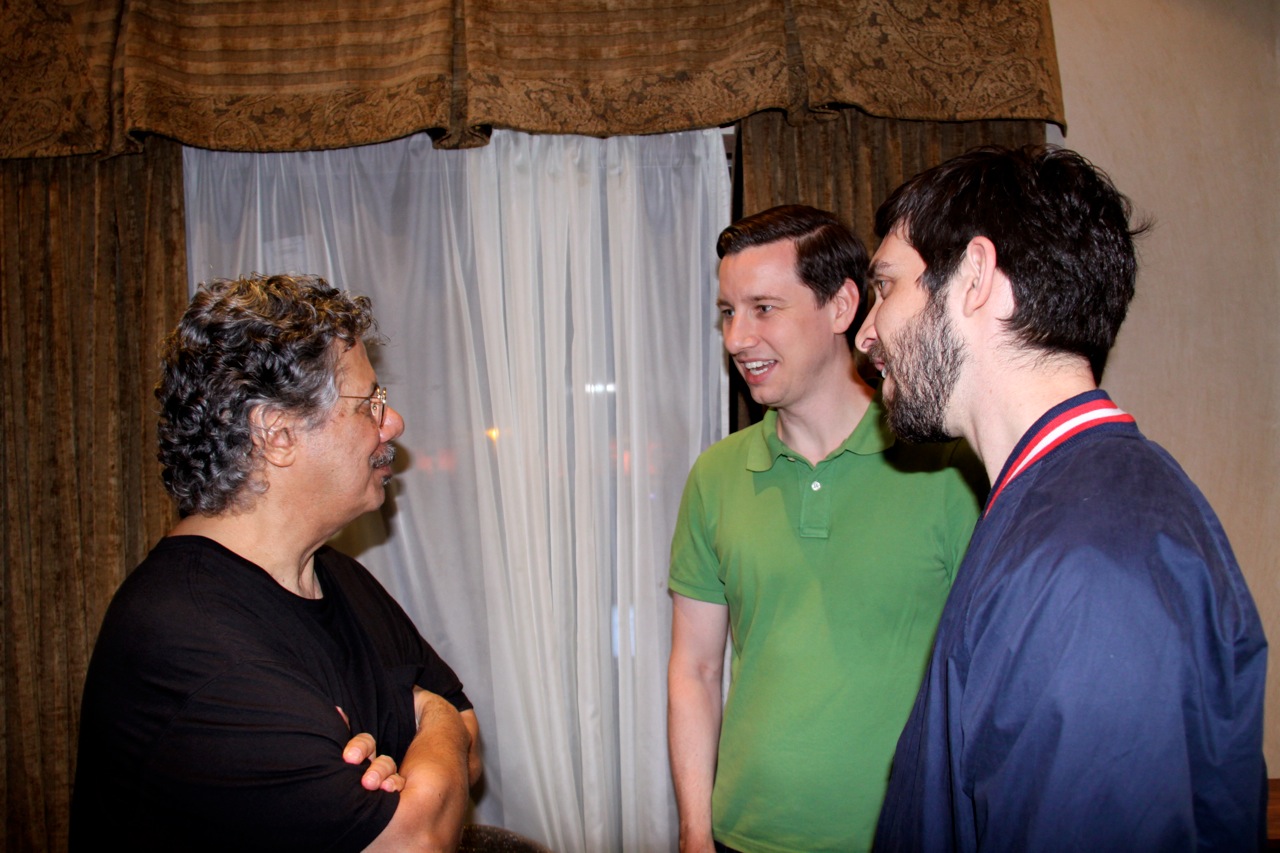 Thanks, Chick, for a great show. 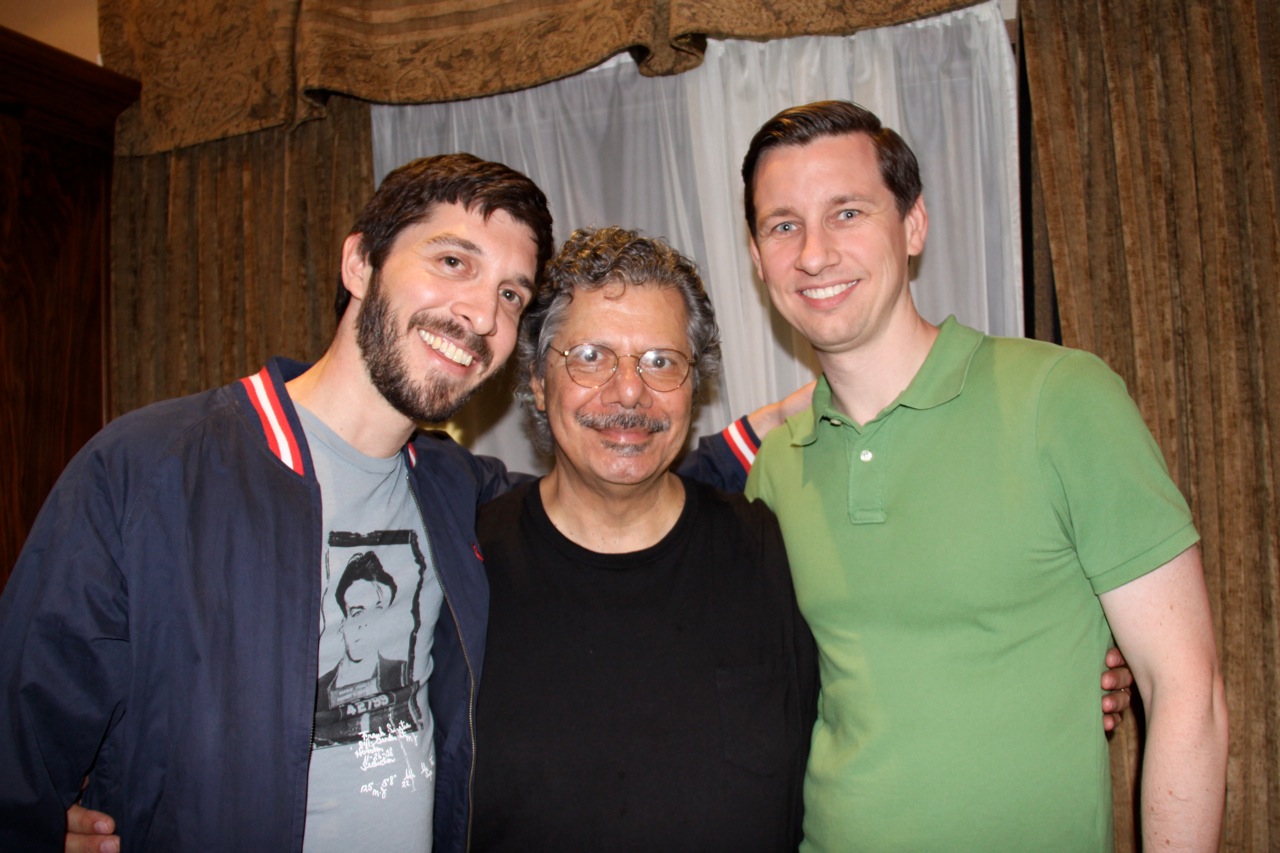