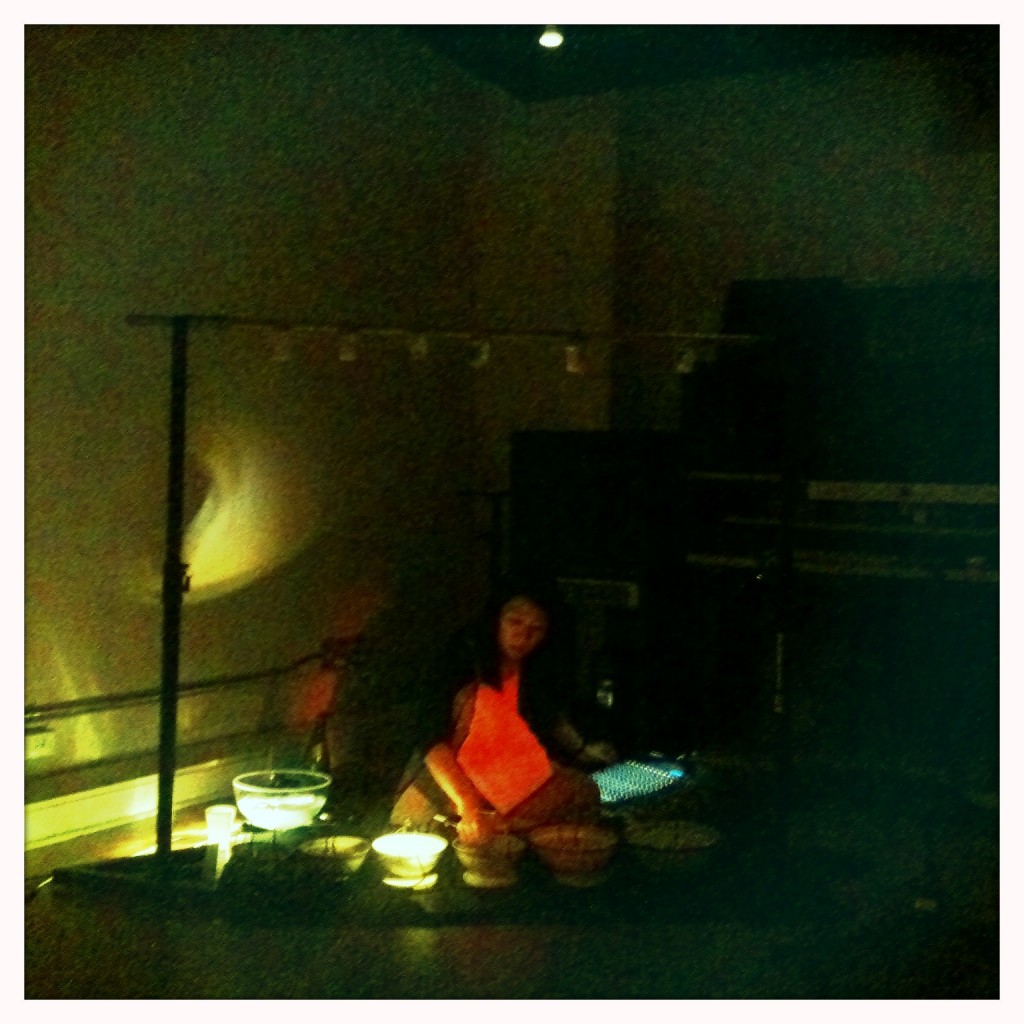 As I was riding the elevator last week in my office building, the door opened at the 14th floor while someone got on or off there. In the hall I saw a door with a sign for EMF, Electronic Music Foundation. When I got back to my office, I looked it up on the internet and found this. It looked interesting and I also saw an announcement of a performance for the following Monday (yesterday), so I decided to stop in and see.

Tomoko Sauvage is a maker of electronic music. She uses bowls filled with water as the foundation of her instrument. It’s similar to the Indian instrument jal tarang but she uses them in a different way. While the Indian instrument is played as a percussion instrument, Tomoko does not hit them with sticks. In each bowl she has a hydrophone (an under-water microphone) and has those running to a mixer.

She can move the water with her hands to get sounds, which is what she started the performance with. She incorporated feedback coming from the speakers through which the music came. The pitch of the sound varies with the volume of water in the bowl. Adding more water lowers the pitch and removing water raises the pitch. She had a delay and loop pedal through which she ran the sounds to create loops of the music. At one point she removed all the water from one bowl and added sparkling water, which created a bubbly sound. Finally, she had water dripping from small cups above to create a random, dripping sound. Removing and adding water, she changed the pitch of the drips.

The performance was interesting and the sounds were watery, drippy, and at times, soothing. I enjoyed it a great deal.

I look forward to hearing what else the EMF has to offer.