Last night Martin joined me at Le Poisson Rouge to see a performance by Nik BÃ¤rtsch’s Ronin. It was awesome.

I took a photo of the stage before they began. This is over the drum set towards the percussion setup. the band consists of Nik BÃ¤rtsch on piano, Kaspar Rast on drums, BjÃ¶rn Meyer on electric bass, Andi Pupato on percussion, and Sha on bass clarinet and alto sax (yes, “Sha”). Four of the guys are from Switzerland and BjÃ¶rn is Swedish.

The music is self-described “Ritual Groove Music” and is sometimes called “zen-funk.” All the compositions are “modules” titled Modul 48, Modul 52, Modul 27, etc.I choose to ignore these names and descriptions and focus on the sound of the music. Â To me, it’s a bit of jazz instrumentation and style combined with the repetitive rhythms of Steve Reich with a lot of mathyness in the way of polyrhythms and odd time signatures. It’s right up my alley. I discovered this music though a route I can’t remember anymore in September 2009 (thanks, last.fm, for keeping track for me) and was amazed as what I’d found. It seemed to be the perfect mesh for my sensibilities and I was instantly hooked. I’ve been waiting for the band to come to New York ever since.

The band was extremely tight and played perfectly. They weren’t reading music and had the music internalized. Live, the music is much like it is on record, but it was fascinating to watch it being created live. The percussionist and the drummer were so connected that they seemed to be two people playing one part. There were so many times that their parts complemented each other perfectly. They showed restraint when it was called for and went all-out when that was called for. Andi, the percussionist played a lot of different instruments and it was a lot of fun to watch him.

Here is a good photo (aside from the annoying watermark) of Andi at his setup. The thing hanging on the left is, I think, a waterharp or a waterphone. It must have water inside as well as a microphone. He would hit the ball part with a stick or his hand, and sometimes he’d rake a stick over the vertical things sticking up from it. It had an echoey, etherial sound that would add a cool tention to the music at times. The UFO-looking thing in front is a drum of sorts. He’d play it with a stick or his hands. Once, he rigged up a mallet on a fulcrum so that he could set it bouncing while playing other instruments. It would bounce progressively faster like a super ball dropped on the floor. that was a cool effect too. He played shakers of many kinds and chimes and the large frame-drum behind him, which was very bassy.

BjÃ¶rn played some extremely fast and busy basslines at times and at other times hung back and supported the groove. Sha would alternate between melodic passages and repetitive lines, sometimes laying out altogether. Nik, the composer and bandleader, played piano. Often, one or both of his hands would be inside the piano flicking or muting strings to good effect. His parts were arpeggiated and fast and sometimes just harmonic support. Each instrument had its role at any particular point in the music but those roles would change quickly and often. It was easy to zone out and just let the music wash over me.

Nik is inspired by the idea of a ronin, the name of this band. On his site, it says “There are two paths a samurai can walk: that of a clan member, and that of a ronin, a lonely warrior.” I guess Nik sees himself as that lonely warrior going into territory where nobody else has gone. He wore Japanese-style clothing at the concert.

They are also a perfect fit for the label that has put out their last three records, ECM. The production values of Manfred Eicher work well for this music.

I would highly recommend this music to anyone who has an inclination towards anything I’ve mentioned above (mathyness, jazziness, Steve Reichyness). I will most definitely see them next time they come to New York. 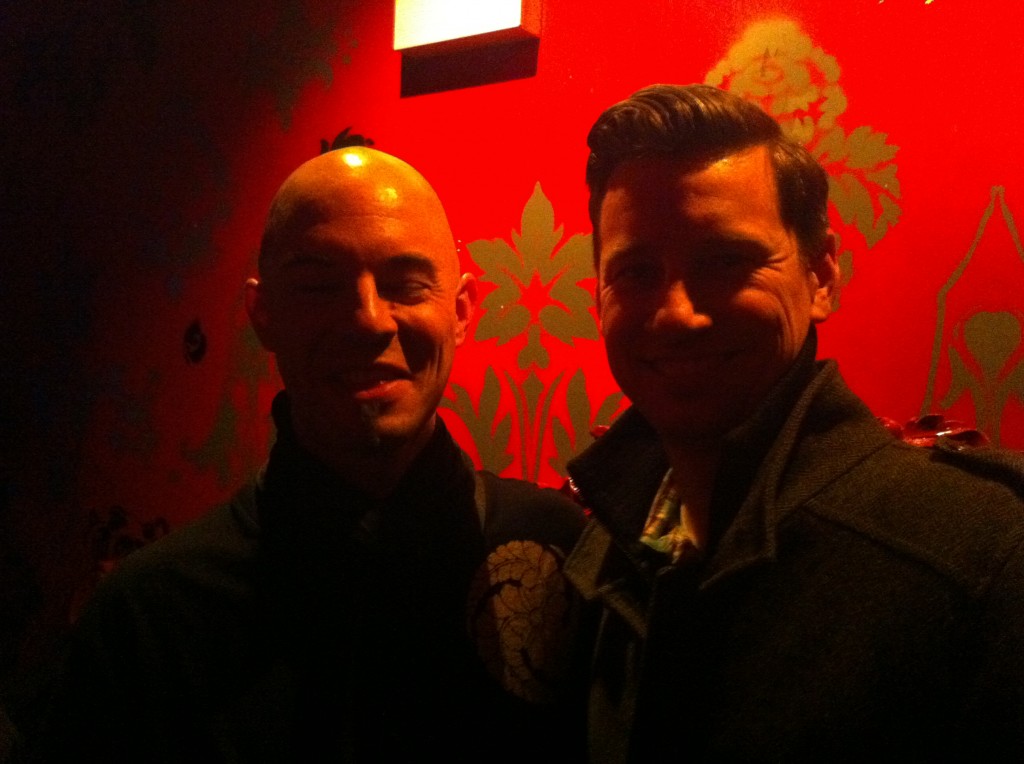