Last night, Liz and Toby and I went to Santos Party House and took in a few bands. Here are mini-reviews:

Tamaryn: Boring but the guitar player had a good sound (put a space echo on it and that’s what you get). They were sorta 80’s goth-ish. Drenched in reverb. More style than substance. Nothing to write home about unless you wrote, “Dear mom, Tamaryn was boring.”

Minks: The first song was rocking and promising. They might be from LA, judging by their looks. The second song was suckier and the singer lost his balls. He basically started mumbling. We left after that song. Again, more style than substance.

Dom: Interesting band that looked promising. Three guitars and a drummer playing with a track. The singer had a cool high squeaky sort of voice but could have sung better. Sometimes one guitar player played bass. They played a part of the Super Mario Brothers music between songs. They looked like they were going to get rocking and kinda guitar-wanky-in-a-good-way but didn’t really. I felt they were sorta 80s rock-ish. Ultimately a let-down.

Diamond Rings: Standing around the corner we heard electronic beats and a synth and a guy singing. I thought it sounded kinda crappy and lame but we were just hanging out. I stepped into the room to see a guy with a blond swoop coming out of a blue jays cap and some sweet eye makeup. He was playing the keyboard next to a laptop which was producing the beats. He was actually really good and I think it took me seeing him to figure that out. I thought he was sort-of a cross between Rufus Wainwright, Eddie Izzard, and [someone else I can’t remember]. The guy can actually write songs and is a good performer. He also played some songs on guitar with the laptop backing him up. Usually I see duo or solo bands and wish they just had a band but I didn’t with this guy. He held his own. 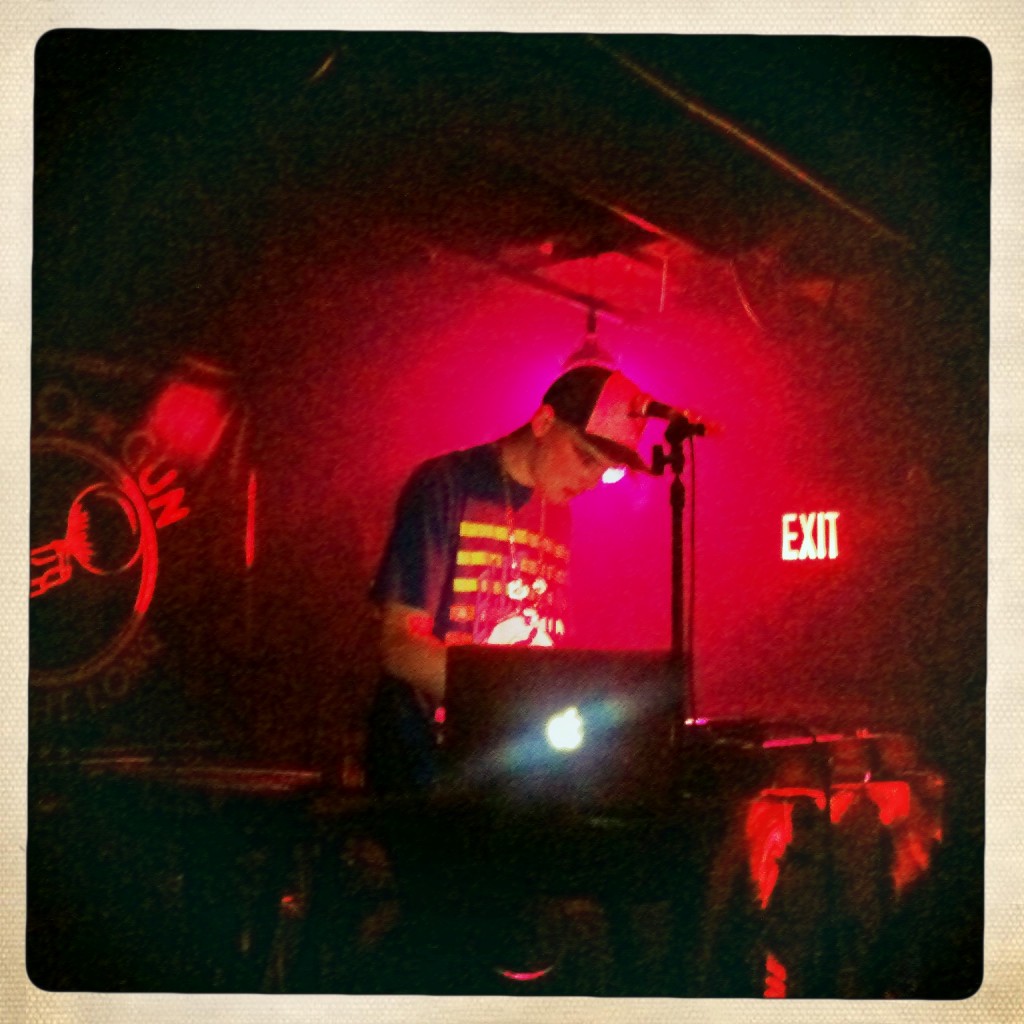 Marnie Stern: I am not too fond of her record(s) but, live, she is great! I really enjoyed her set a lot. I didn’t know much about her or the way she looked; I just knew she was a female guitar goddess who loves finger-tapping. First off, she doesn’t finger-tap all the time, which is good. Second, her appearance made it better, for me. She’s unassuming, short, has long blond hair in a decidedly non-hipster style, and wore a cute dress/skirt thing. Basically, she looked like a regular girl. And she looked like she was having a lot of fun up there too. Cracking vagine jokes with the bass player and stuff. I may not run out to buy her record but I’d see her perform again for sure. 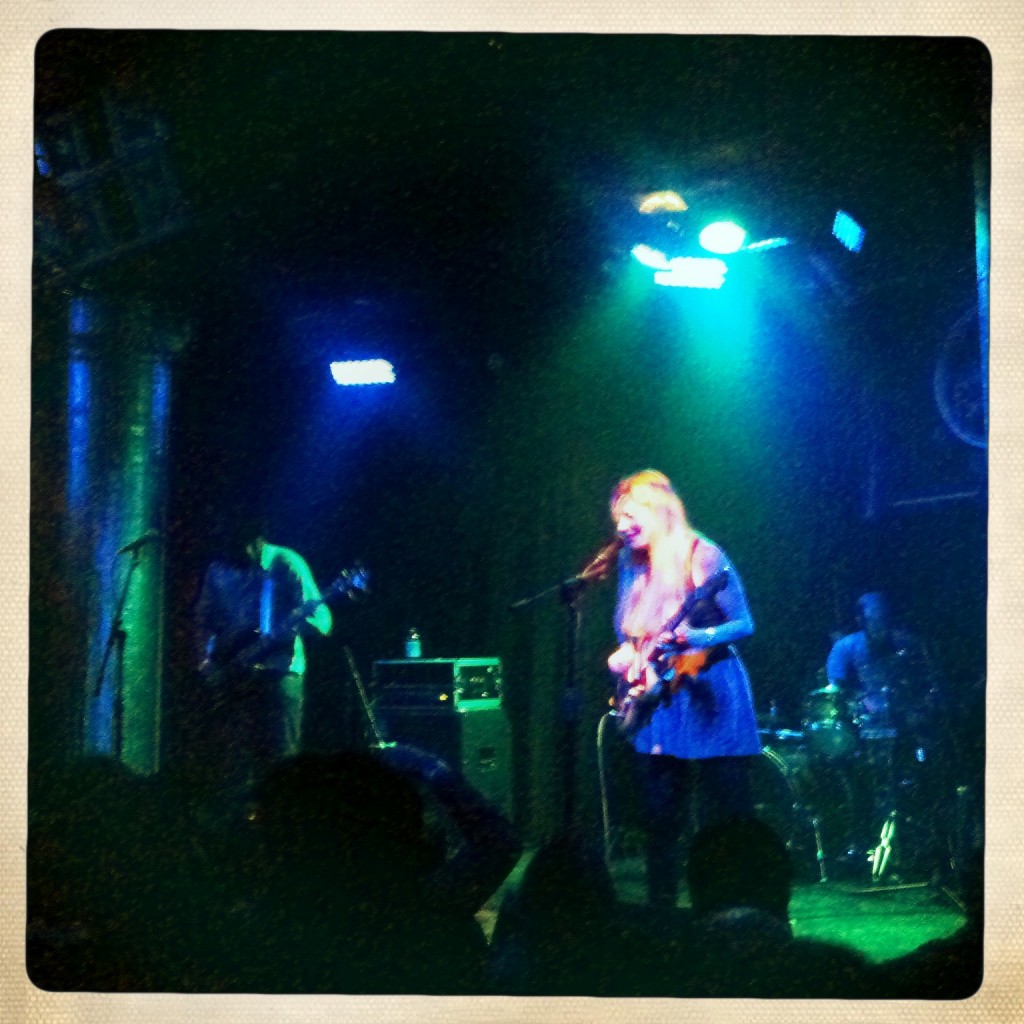 Dale Earnhardt Jr. Jr.: Dressed in NASCAR outfits. Great vocal harmonies and pretty good poppy stuff. It just wore thin after a couple songs for me. Sorta too saccharin for me. They did a cover of “God Only Knows,” introducing it by saying they wish they wrote that song. Me too. Or, I wish they could write songs that good too.

Wild Nothing: Boring songs, bad lead singer. Lame, lame, lame. I booed them. I may have had too many by that point. That’s when we went home.