9-27-17 Do Progressives really believe this stuff
Do progressives really believe the stuff they are saying everyday?
Melania Trump donates Cat in the Hat.  It is rejected.  Reason given: It has racist implications.  Give me a break.  If a progressive doesn’t describe a conservative or a Republican or Trump and his family as “racist” at least 12 times per day…will they lose their progressive card?
Puerto Rico is all Trumps fault because he doesn’t Tweet enough about it.  Further more, today I heard Juan Williams on Fox imply that his poor reaction to the tragedy in Puerto Rico is racist.  What are all these people actually doing to help the Puerto Ricans themselves?  Did anyone ever honestly analyze the situation in Puerto Rico?
The economy has been in the dumps for many, many years.
Puerto Rico bonds (debt) cannot be paid back due to overextension by the Puerto Rican Government. Puerto Rico is bankrupt due to government mismanagement.  This happened years before the hurricanes hit the island.
The infrastructure has been in horrible condition for many years, with no action taken by the local government who control the power company.
The Puerto Rico Electric Power Authority (PREPA) —Spanish: Autoridad de Energía Eléctrica (AEE)— is an electric power company and the government-owned corporation of Puerto Rico responsible for electricity generation, power transmission and power distribution in Puerto Rico.[1] PREPA is the only entity authorized to conduct such business in Puerto Rico, making it a government monopoly. The authority is ruled by a board of directors appointed by the governorwith the advice and consent of the Senate.
Puerto Rico is an island.  To get supplies there under the conditions of this hurricane devastation is extraordinarily difficult, if not impossible.  Vast supplies, however, have reached the port, but only 20% of the drivers to transport the goods have been able or willing to report to work.
But as our progressive friends like to say: Trump, the racist President, is not caring or doing enough to quickly resolve these problems in Puerto Rico.  Progressives have pointed out that Trump has not been Tweeting enough about Puerto Rico.  Not sure more tweets would solve these problems created by a horrible storm and a disastrous infrastructure.
I just can’t take any of these hysterical progressives seriously anymore.  They are on an anti-Trump mission with no rational thought…regressives, I think.
I am confident that the millions of Americans who voted for a new kind of government approach in November 2016, cannot believe what they are hearing from the regressive…no, I mean progressives.  If you are a progressive, you may want to rethink your approach.
#progressivehysteria
Share this post...

Linkedin
9-29-17 Betsy DeVos at Harvard School of Education
Today, NPR reported on Betsy DeVos speaking last night in Cambridge at the Harvard School of Education.  They focused the interview on the handful of protesters outside the hall and the half dozen silent protesters in the hall.  They reported very little on what she actually said to the audience.  They reported that she is a “billionaire.”  I presume that sets her up as one who is out of touch with the American school system.  They did report that she is trying to be a disrupter of the education system in America.  She is a strong advocate of parent choice and charter schools.  NPR did not editorialize on the fact that the American educational system has been and continues to be a complete failure at improving the equal education opportunities of poor children and minority children who live in urban centers from New York to Chicago to Los Angeles, for that matter everywhere in the U.S.
NPR pointed out the criticism of the declining test scores in her home state of Michigan where parent choice and charter schools have been growing in numbers.  She pointed out that in Detroit where the public schools cannot meet minimal test requirements, that none of those schools have been closed; while, several charter schools have been closed when they could not meet higher standards of performance.
The “establishment” educators in the U.S. hate Betsy DeVos.  These failing, entitled, protected educators want to protect their jobs more than they want to help America’s children.  Of course, that is an over generalization, that leaves out the millions of teachers in the country who do care about the education of the kids in their classes and schools.  However, the teacher unions continue to support the status quo and the Democratic candidates that have supported their protections from dismissal and their lifelong pensions that are bankrupting cities and states across America.
Thank God that there is an administration willing to disrupt and overturn an education system in this country that is failing our poor and disadvantaged kids…who will continue to be disadvantaged as long as they are not given an equal opportunity to the highest quality education possible.  Great education is the passkey out of poverty, crime, unemployment and hopelessness.
#progressivehysteria
Share this post...

Linkedin
9-29-17 Equality and Sensitivity
The difference about sensitivities is not about an argument where there are 2 sides.  Progressives have decided that they know who is more deserving of their concerns and empathy.   I believe the feelings and sensitivities of the Veteran are just as valid and deserving of our respect as those protesting for Black Live Matter or for removal of confederate monuments.  Also for progressives to assume that anitfa does not hate me for who I am, as well as what I want to say and what I believe is naive.  I am afraid that I believe that both the KKK and antifa are very dangerous for our country’s future.  We are all equal in this country whether Black, progressive, conservative, or white males.  I will not bow my head in shame or apologize for being a white man.  However, I will speak up for anyone who is treated unjustly or unfairly in our society, whoever they may be…and I have actually done so in real life.
#progressivehysteria
Share this post... 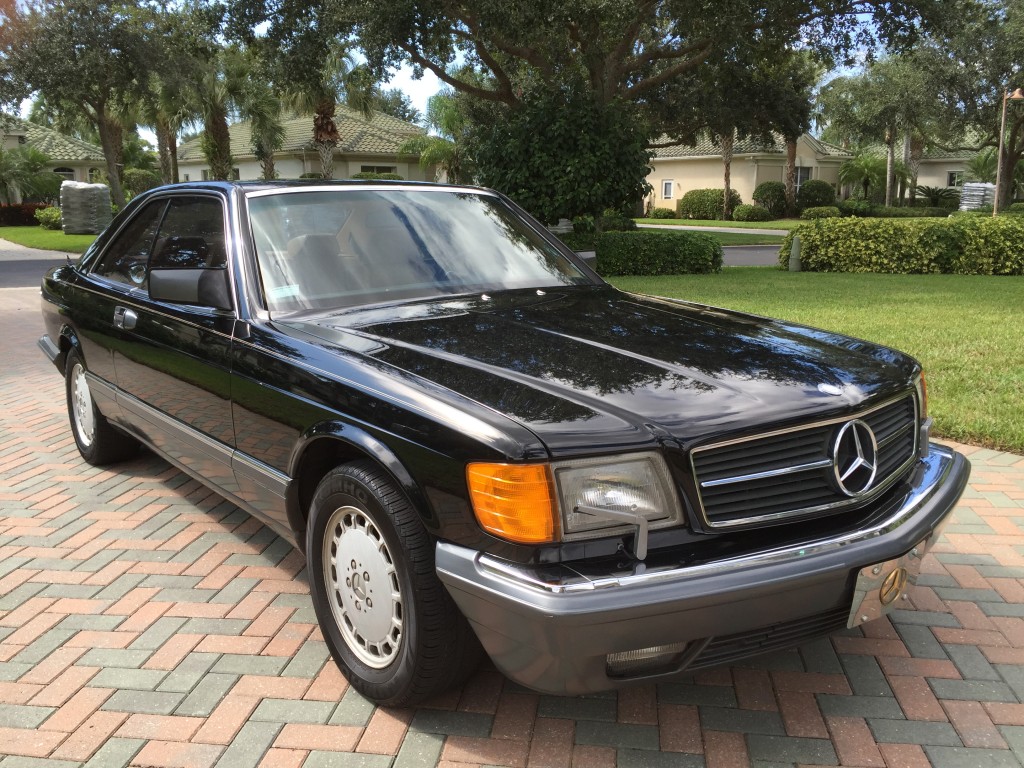 The Mercedes 560 SEC Series is undoubtedly one of the greatest automobiles ever built. This 1989 model is beautiful to see and beautiful to ride. It has been cared for with a personal touch. It is a solid, substantial ride that is admired and will bring pride to the owner. Contact owner via Twitter : @forewill

Liberty University stands out as a great example to the world of institutions of higher education as being open to hearing and respecting differing points of view. They invited Bernie Sanders to speak. He had the willingness and courage to speak to an audience that was not likely to agree with his point of view. The students listened and showed great respect for his willingness to speak with them.

All of those so-called institutions of higher learning that continue to protest and reject speakers with contrary points-of-view, take note of little Liberty University in Lynchburg, Virginia. People truly seeking to learn must be willing to hear many positions, not just those that agree with their own. Shame on Rutgers and all of the other narrow-minded, close-minded “institutions of higher learning.”
#Berniesanders #openmind #libertyuniversity